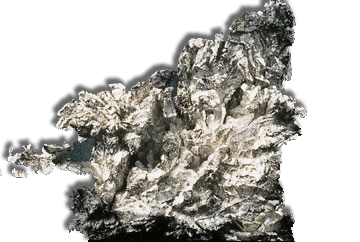 Truly. What is going on with silver? Everything seems so confusing.

Silver offers a unique mix of attributes of both precious and industrial metals. On one hand, silver has traditionally moved closely with gold, given the two metals’ historical use in monetary systems around the world. Yet, to a much greater extent than gold, silver has many industrial uses, and industrial demand gives silver a more concrete connection to the health of the global economy than gold.

You would think that the combination of its industrial uses and precious metal status would keep it closer to its historical relationship to gold. Historically, its pricing is 12-16 to 1. And, yet, it is currently at 75 to 1 as of this writing.

There are, also, consequences to the pricing being held so low.

As silver prices remain low, silver producers have less incentive to produce, and those whose production costs are too high are shutting down operations.

That means that mines will be laying off labor at a time when the economic goals are for more employment. Let’s see, we want more jobs so we’ll lay off more people.

It all seems contradictory, doesn’t it?

To some degree, this is being blamed on the strengthening of the dollar, which itself is a contradiction considering the United States is $18+ trillion in debt. And, the recent budget passed by Congress and signed into law by the President will add another $1.1 trillion by their estimate. We all know how understated their estimates are typically.

How can the currency of a country with the largest debt known in recorded history, and growing, be strengthening? That sounds like the old joke about digging a deeper hole so that you can get out.

Some pundits are predicting the weakening of the dollar in the latter half of next year. Ya’ think?

The precious metals should find better support in 2015 when the strength of the US dollar will wane and the physical gold consumers in emerging markets will return, ANZ Research said.

To some wise investors, this sounds like the time to buy silver. Granted, it may not have hit its lowest price yet. But, finding the bottom price in any investment is virtually impossible.

Confusion and outright disgust with an investment is believed by many contrarians to be the signal that it is time to invest. Maybe this is the time, maybe it isn’t. This is when you have to decide for yourself what is truly going on with silver.